Album number 4, The KNiKi and Mike Beale Project was recorded in Both WA and Qld. Listen Album

The album is filled with a combination of experiences of the lives of both Kniki and Mike and the people they love. “A lot of them are about living and loving and being a human being,” states Kniki. The songs you will heed to are a result of late nights, sweat, tears and the supremacy of a relationship between two musically artistic individuals on either side of the country. ‘Dead On’ is delivered to you with visceral sounds that bleed power and fervour, mixed in with hope and a measure of trust that will leave all senses satisfied. Listen Album

‘Just,’ was released in 2008, and proudly showcases KNiKi’s astounding vocal range, and legendary guitarist, John Meyer’s, influential ability. With a combination of incomparable talent in KNiKi and Meyer, and supported by some of the best West Australian players, the product is a blues album like no other. Listen Album

At 24, KNiKi started co-writing with singer/songwriter Andy James Court. For the next three years, she stepped into a world of priceless musical discovery, whilst experimenting with various music styles, writing and refining songs that would feature on her 2003 released, debut album, ‘Stained.’ Listen Album

Music is like a dream.
One that I cannot hear.

What do you get when you combine; a handful of soul, a shake of blues, a pinch of rock, and a touch of country, all mixed in with a vibe that will linger eternally in your mind. You get KNiKi, a Bunbury born, Perth girl, who portrays a rush of enchanting, delectable musical talent.

Having a love of the music art form, KNiKi started singing at 14. At 20, she started writing her own music, and formed a garage band called, Tempus.

At 24, KNiKi started co-writing with singer/songwriter Andy James Court. For the next three years, she stepped into a world of priceless musical discovery, whilst experimenting with various music styles, writing and refining songs that would feature on her 2003 released, debut album, ‘Stained.’

Keeping that musical fire burning, Kniki has been on the road extensively since meeting Mike 10 years ago.  Being on the road brings experiences like nothing else can remotely provide. “I love the adventures that don’t always go to plan. I like sharing my love of music  with new People I meet. I feel very privileged and humbled to have been able to live the Musical life I have lived and the amazing places I have been able to play and share myself and my music”  Kniki will continue seducing listeners with a voice and a brash and sassy stage presence that is known to create an emotional atom bomb, leaving audiences from one end of Australia to the other, caressed aurally, and exploding with a desire for more.

Live shows have seen her share stages with legendary Charlie Musselwhite, Eric Bibb, and grace many of the Major Australian and international music festivals 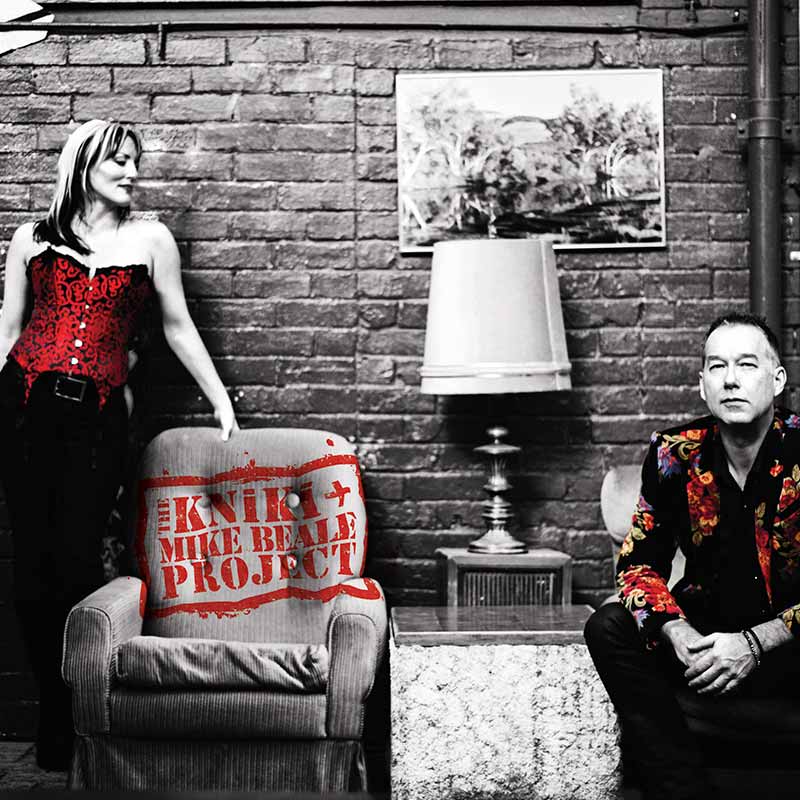